The Cape Town International Animation Festival has announced a number of African premieres featuring multiple award winners and Oscar nominees as part of the lineup for their fifth festival. Previously called Kunjanimation, the Festival runs from 18 to 21 February 2016 at the River Club in Cape Town.
Curated by Animation SA, the annual Festival brings South Africans the chance to catch some of the world’s best animated films from countries such as France, Brazil, Australia, Ireland and South Africa.
There will be exciting range of workshops with global industry leaders, such as Mark Shapiro of Laika, Nedy Acet of Dreamworks, producer Christine Pionzevera, and Adobe’s Matt Gyves, providing a rare opportunity to engage with them and learn from their insights. 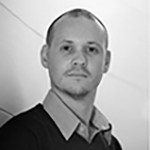 We at Dax Data are particularly excited to have Matt from Adobe here in South Africa. Matt brings his many years’ experience in film and in particular will discuss new animation tools from Adobe that open up animation to all. Matt will speak at 13h30 on 19 February.
The 2016 program also includes screenings of some incredible animated films from great studios that are racking up Oscar nominations and awards as well as awards at various other film festivals. Special mention must be made for Song of the Sea, directed by Tomm Moore, that was nominated at the 2015 Oscars for Best Animated Feature Film of the Year category as well as The Boy and the World, directed by Alê Abreu that was also nominated for an Oscar in 2015.
Check out the full schedule here
Festival Director Dianne Makings says, “The Festival’s programme is designed to inspire and build both the local industry and audiences, by exposing them to world class talent and content through screenings, talks, workshops and masterclasses”, she goes on to say “we are delighted to have confirmed the African premiere of Stick Man, by Magic Light Pictures and South Africa’s very own Triggerfish Studios, as well as Oscar nominated films Song of the Sea and Boy and the World and a host of other acclaimed films”
The Cape Town International Animation Festival takes place from 18 to 21 February 2016. All workshops take place at The River Club in Observatory, Cape Town. Screenings take place at the Labia Theatre and the Riverclub
For further information visit the CTIAF website or join them on Facebook.