For some time now IT admins have been asking for changes to CCP that will make deploying packages seamless. With this new update Adobe has taken steps to make that happen.

There are 3 core changes in CCP 1.9.3 that will make working with the product more efficient.

This release of CCP allows admins who manage multiple locales to deploy packages to users in the language they work in. Admins will have the ability to specify what language they want the package to be installed in at deployment time, as well as the ability to simply select to “Match the OS language. What this means is that there is no need to create multiple packages for different language needs. 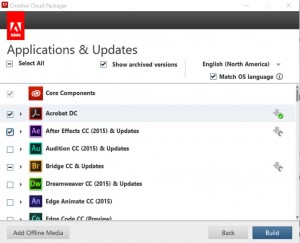 Those familiar with CCP will know all too well that when Acrobat was included in a Windows package it was considered an exception and therefore needed to be deployed separately. Now IT admins will simply need to deploy or double click the setup.exe file that is created, both CCP and Acrobat will then be installed all at once.